Comparing React Native and Swift: What Are the Pros and Cons of Each?

Mobile applications are increasing in popularity because of their rich features. Nowadays, developers use cross-platform to create applications for different frameworks. There are thousands of apps available for both Android and iOS users. Swift and Reactive Native are new technologies, but both are among the leading platforms for mobile application development. React Native is an open-source framework, and Swift was invented by apple. This guide can help you in choosing the best framework for application development by making a comparison between React Native vs Swift. 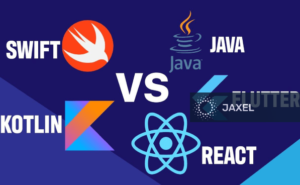 React native is a JavaScript framework built by the Facebook team, and the purpose of this framework is to accelerate the process of mobile development. In Swift vs React Native consideration, React Native has the support of JavaScript. Let’s look at the benefits and drawbacks of React Native before knowing which one is best.

React Native has 33,000 packages and libraries. So, this number helps in estimating community commitment.

You can build one program for both Android and iOS that will allow you to hire only one JavaScript team. You can also avoid timeline variations when you have one developing team. Thus, having a single team can save you from many development issues.

When we consider React Native vs iOS Swift, React native operating system is beneficial to reduce time and development cycle. You can write one code and apply it to both networks.

The best thing about React Native is you can launch apps in all stores. Also, it is a reliable and secure solution for app development. 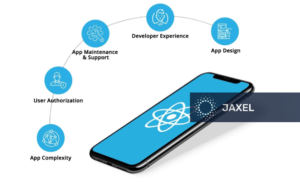 React Native apps take up more space on the device. However, this issue generally occurs for high-dynamic products like games.

The native modulus serves as a connection between React Native code and Native code. So, learn native coding for creating an app in react native.

The long-term support for React Native poses a risk when comparing Swift UI vs React Native. The reason is that react native needs regular maintenance for app development. 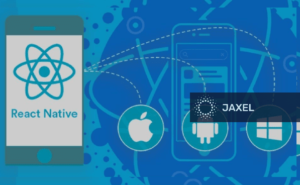 Swift is a complex programing language by Apple to develop iOS applications. Nowadays, companies are switching to swift because of its simplicity and flexibility. When we talk about React Native vs Swift performance, Swift is easy to learn. Let’s discuss the advantages and disadvantages of Swift to know the details.

The syntax of the language is easy which makes it a readable technology. In addition, developers need fewer code lines to generate functional applications.

In terms of speed, Swift is 2.6 times faster than other languages. Also, it is a complete tool that helps to compile the code with the machine code. When you develop an app with Swift, it accelerates the overall performance.

The Swift written apps take less time and require less memory storage. Moreover, the language is ideal for native iOS developments and gives more features when comparing Swift vs React Native. So, you can create applications that perform better and attract more audiences. 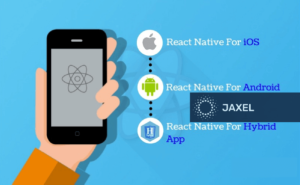 Swift application development comes with safe and reliable features. So, it helps developers in catching code errors while typing. Swift gives memory access and protects the program from the crash.

Swift’s open-source community is not strong. Moreover, the resources from Swift developers are also limited. These facts show that there is a need for additional support for Swift.

Instead of fast growth, Swift has a limited number of programming languages. So, finding Swift developers can be a crucial task.

Swift is not compatible with considerable challenges. Moreover, the new version does not work with the old version. So, you cannot update the programming language using recent versions.

Let’s compare the different features of Swift vs React Native to know which one is best.

Swift is iOS native language and has no issues with the iOS design. But, React Native is coding from scratch, and every element needs to be polished. However, react native uses JavaScript to run native elements. The reactive native apps have no issues when you display them on different screens. Thus, when we compare Swift vs React Native in terms of the user interface, React Native is the winner.

The development cost is the key aspect to take into account. So, if you are thinking of picking one from iOS Swift vs React Native, you should count the cost. The difference is not that big when we consider a single code. But, the pricing can vary when dealing with different coders and large projects. React Native is slightly cheap than swift in terms of cost development.

When we talk about React Native vs Swift performance, both projects are relatively new. Both technologies are emerging with time, but have some significant differences in programming maturity. Swift is a language designed to be the next step after objective C. It’s easier to check the code by spotting different bugs in React Native. Thus, react native is a winner for programming maturity.

React Native is based on libraries and internal APIs for working. It’s about adding a middleman between the platform and the code. Swift makes a native app and performs better for computational tracks and graphics effects. So, when we compare react native vs swift by considering stability, Swift may be the better choice. 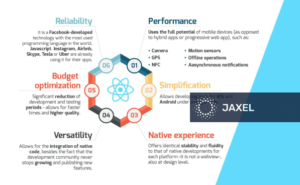 By comparing React Native vs Swift, we came to know both are excellent platforms for mobile app creation. But, one may be preferable to the other, and it depends upon the project’s needs. React Native is suitable when you have a small team and less budget. Moreover, it can be beneficial for the app to have the same look. On the other hand, swift is well suited for iOS projects and long-term app maintenance. You can also prefer it for the app that has platform-specific code. Therefore, your project plays a vital role when you want to select the best development platform.

5 Benefits of Progressive Web Apps That Make Worth IT